« Previous Next »
Douglas Smith, 15, who attends the Overlake School in Redmond, doesn't feel like his race really builds his identity. He chooses his friends based on interests, like basketball and golf. "That really builds a person," he says. His mother is native Korean, his father mixed Caucasian.

There's a physical and linguistic distance between him and his mom's family, who still live in Korea. Many don't speak much English, and he doesn't speak Korean. "That is kind of a barrier that I have," he says. In some ways, he says, he feels more white because he's grown up in the United States. "I can interact with everyone on my dad's side of the family."

Douglas still feels like both, though. "I don't want to choose one or the other." Lindsey Wasson/The Seattle Times
© Lindsey Wasson| Seattle Freelance Photographer 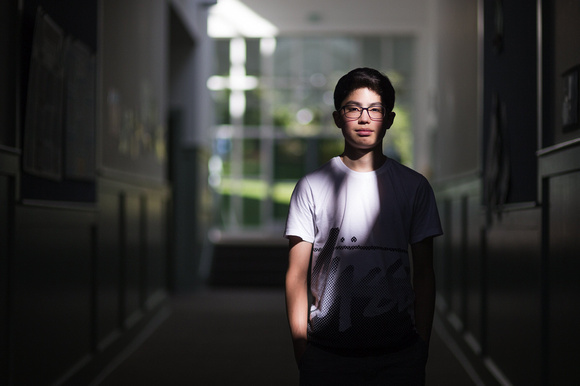