« Previous Next »
A pocket of light hits Semaj Booker as he sits with his girlfriend at Kobayashi Park in University Place on Monday, June 6, 2016. Booker says he often comes to the park with friends. "I like the sound of the water," he says.

As a 9 year old, Semaj made headlines when he led police on a high-speed chase in a stolen car in an attempt to get out of Lakewood, the neighborhood he'd hated since they moved in 9 months prior. The next day, he talked his way onto two flights as he tried to get to Dallas, but was detained in San Antonio. Lindsey Wasson/The Seattle Times
Lindsey Wasson/The Seattle Times 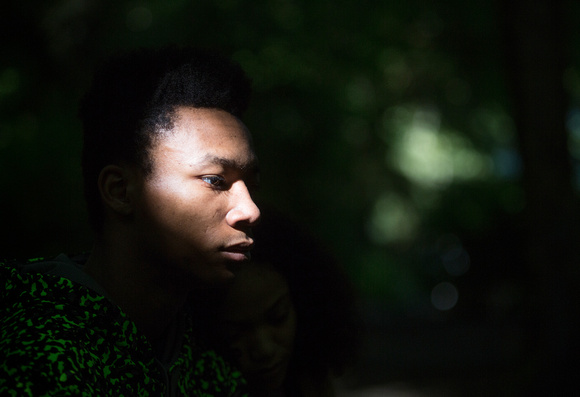