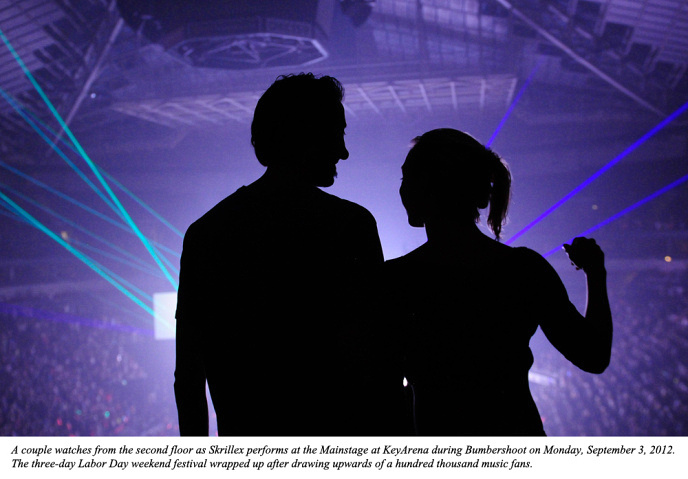 This Labor Day weekend I participated in what felt like the Music Olympics (I haven’t been to Sasquatch yet). PI photographer Josh Trujillo and I spent Sunday and Monday running from stage to stage in an attempt to cover as many bands as possible, shooting some features in between. While there are good features to be had at any festival, our main focus was, of course, the music. With the exception of  Capitol Hill Block Party 2012, I haven’t done much concert shooting, so I appreciated the chance to improve. 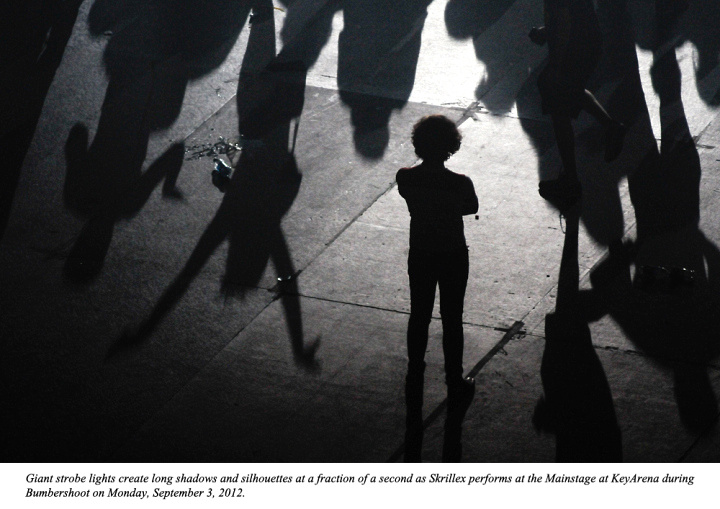 If you’re not a photographer or much of a concert-goer, you might not think about the technical and logistical challenges we sometimes work with in the pit.Photographers typically get to shoot for a set of 2 or 3 songs, or 5-10 minutes, but it varies by band. If there are too many shooters, they send you in waves of 10-15. Naturally, you’ve got to deal with all the other photographers who often want the same shot you do. Ex.: Trying to photograph through a tall, large male photographer who has parked himself firmly in the exact spot you want to be doesn’t always work for someone somewhat vertically challenged. But I’m happy to report most of the photographers I was with weren’t giant space hogs. Mainstage pit access to many music events is becoming  harder to get, even for organizations like the PI, which meant that for Skrillex I had to deal with angry security personnel and rowdy fans vying for seats while I found somewhere to shoot. Mac Miller and Tony Bennett didn’t have quite as much draw (or security). 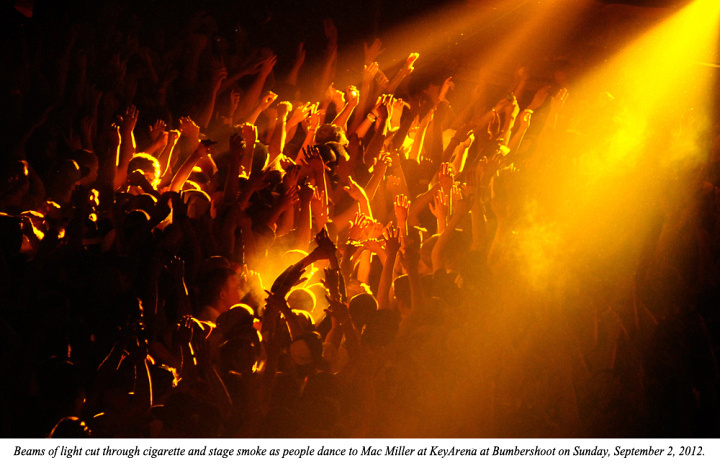 Technically, lit shows are more challenging, but much more fun (in my opinion). The Exhibition Hall and KeyArena provided our galleries with a lot of color and gave me many of my favorite photos from the weekend. However, other photographers bemoaned the loss of Memorial Stadium, the previous Mainstage, noting KeyArena dampened some of the “festival” atmosphere.  Skrillex, for example, presented a fair technical challenge, with his incessant strobes and unpredictably massive light changes.  Because of’ the chaotic and unpredictable nature of shows like his, you end up utilizing that motor drive a bit more than you should, which only means editing down becomes more like pulling teeth. Light shows like these are sort of  like visual crack. The weekend also cemented my suspicion that I have an unhealthy love for silhouettes. 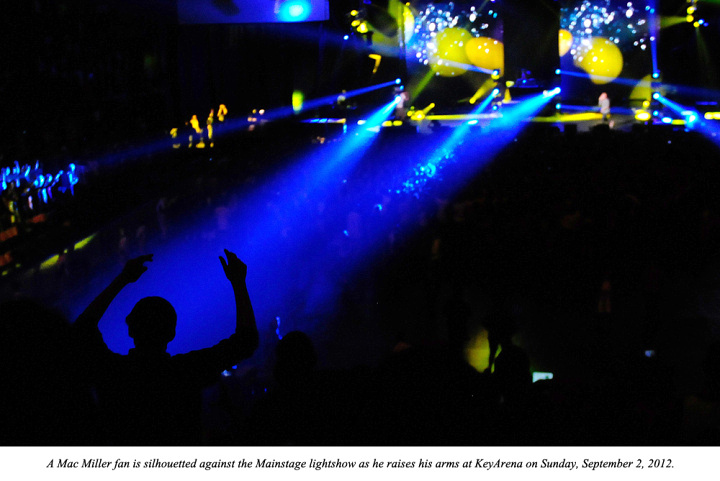 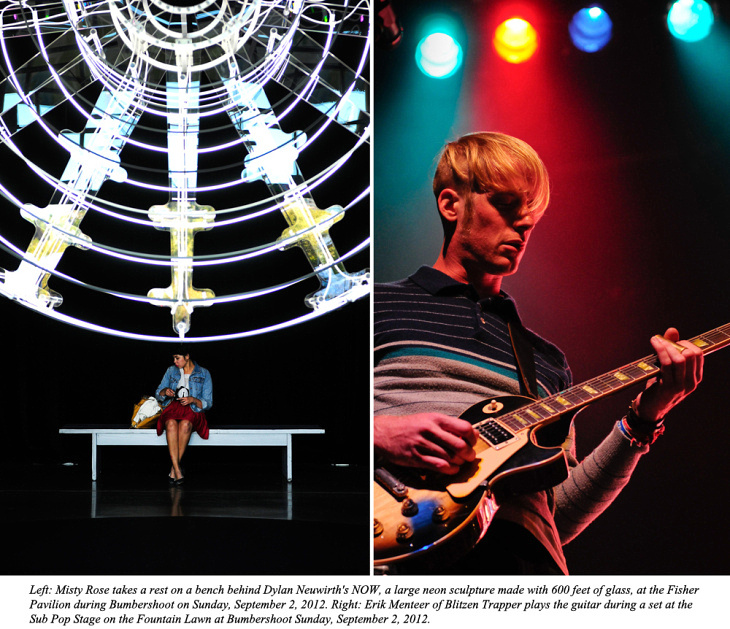 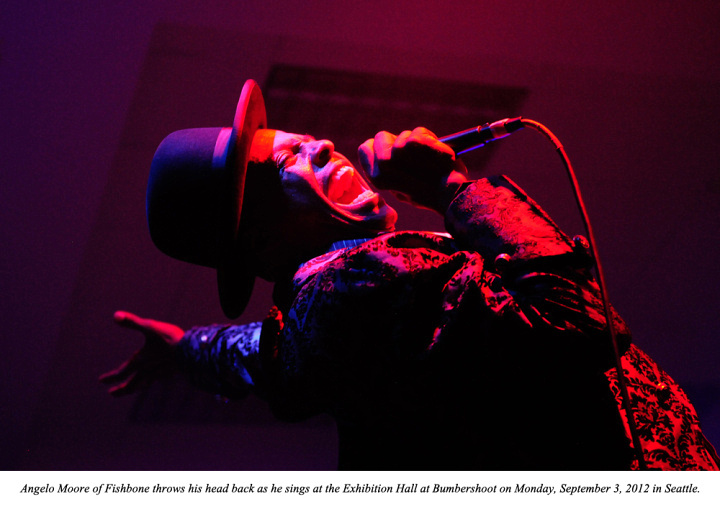 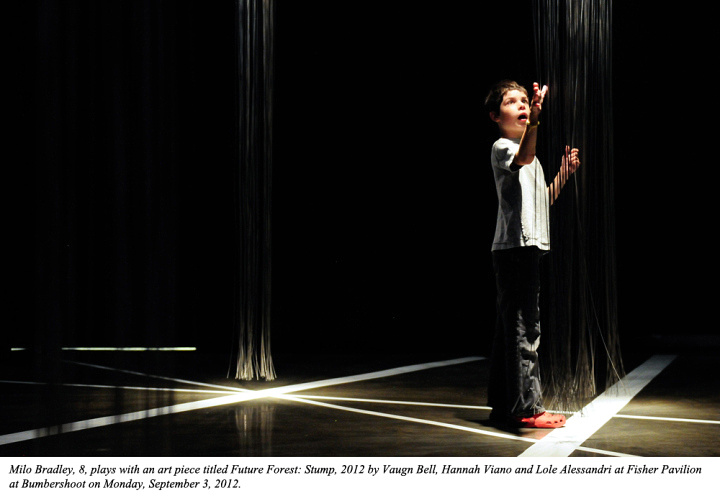 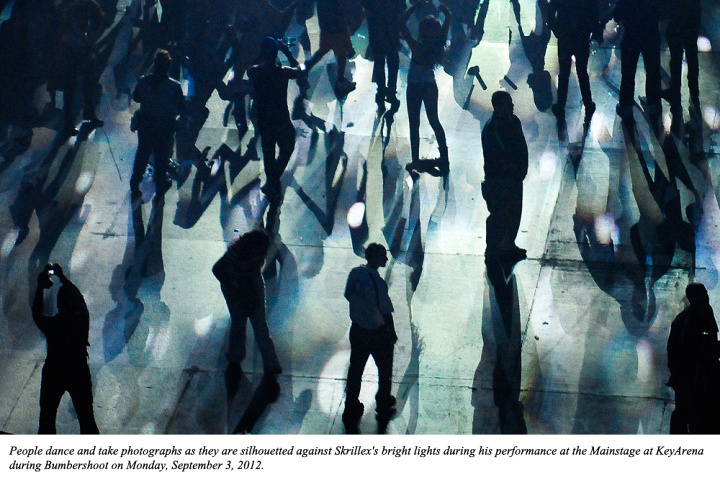 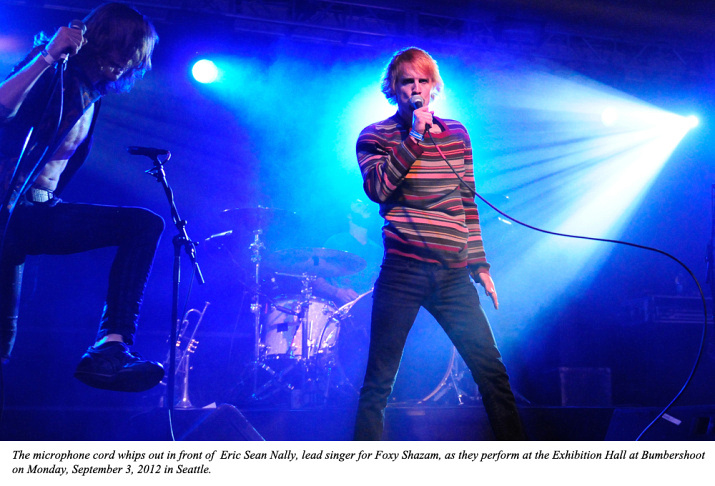 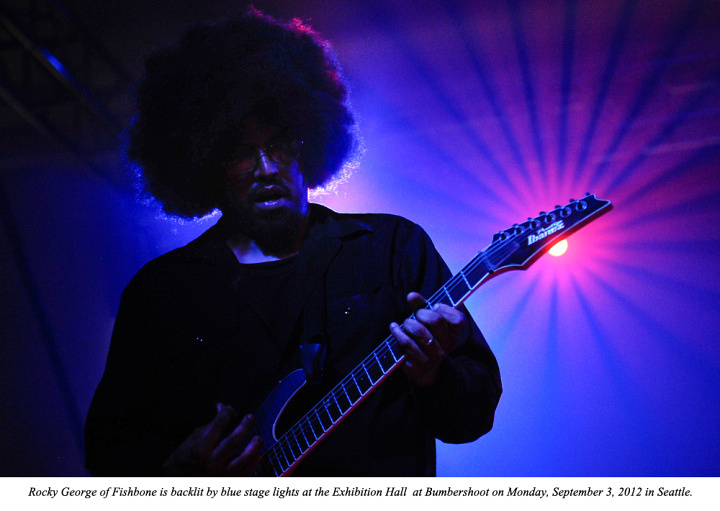 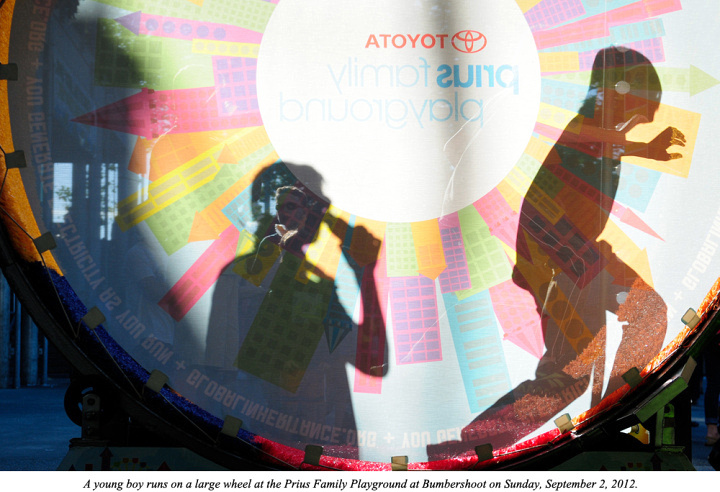 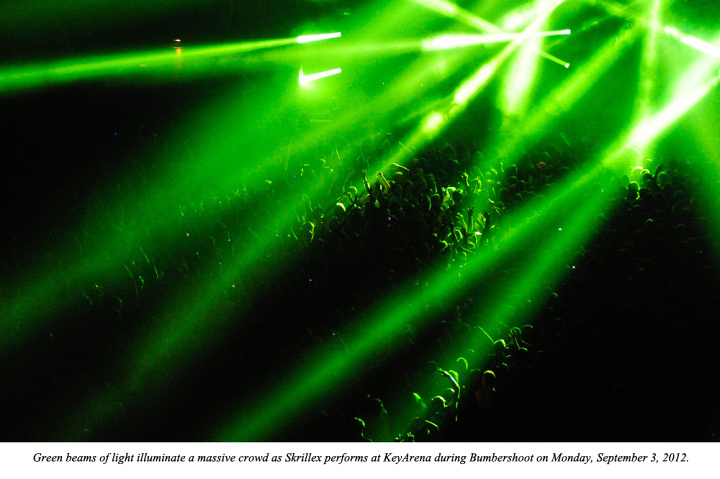 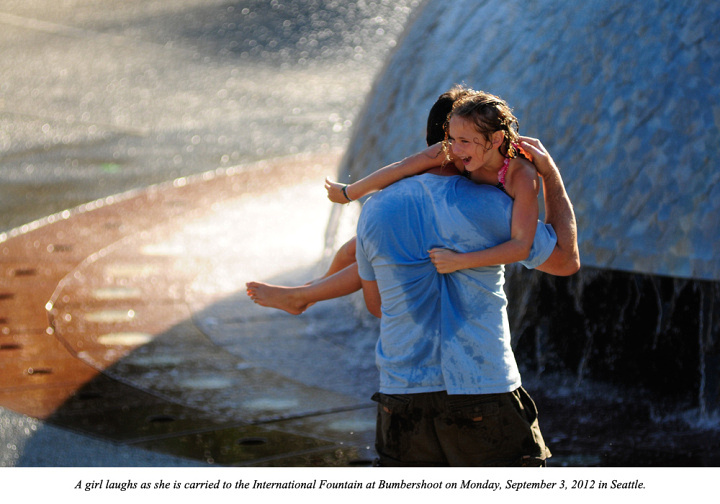 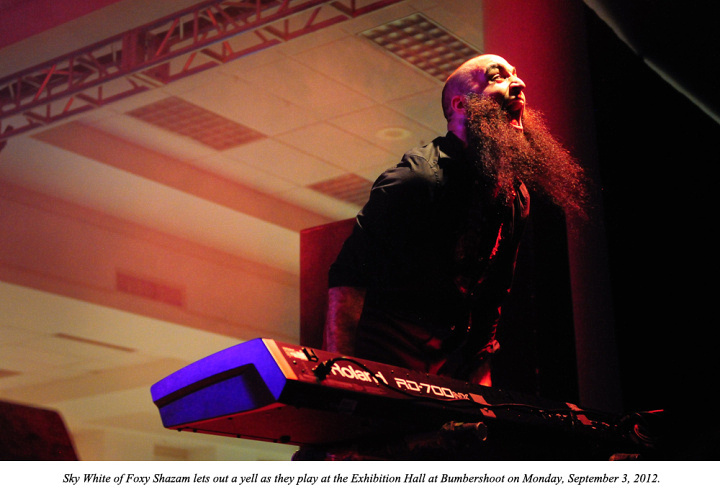 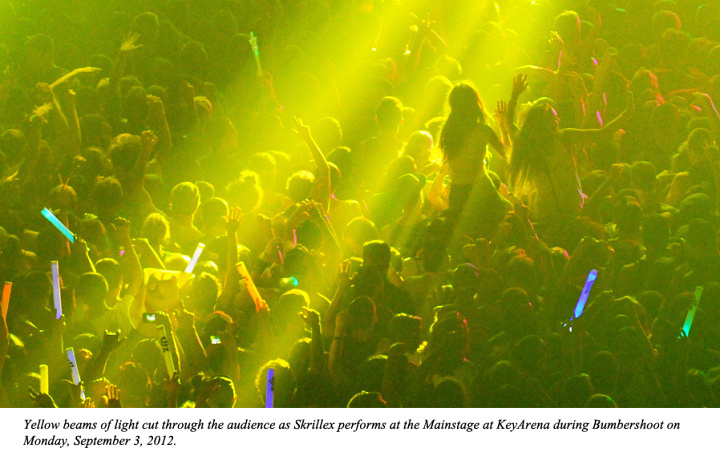 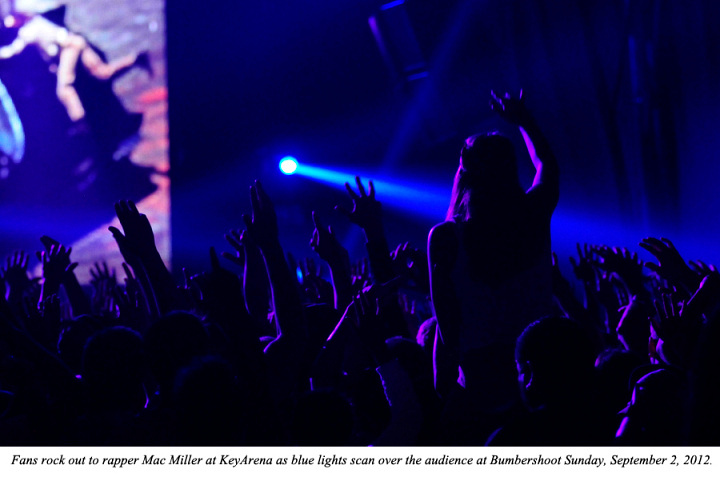 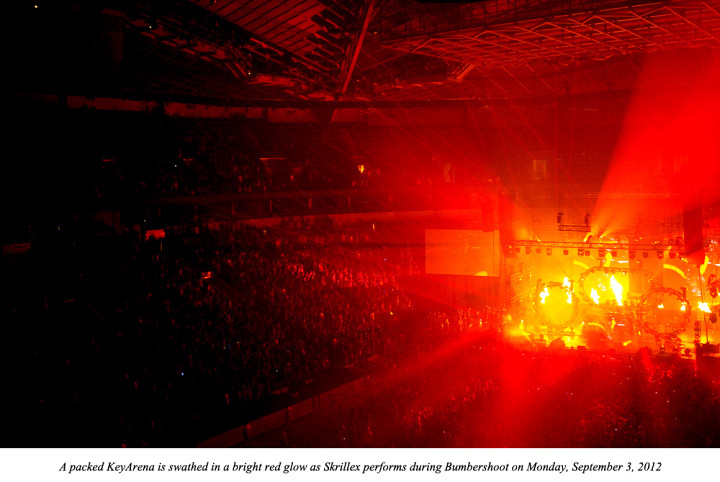 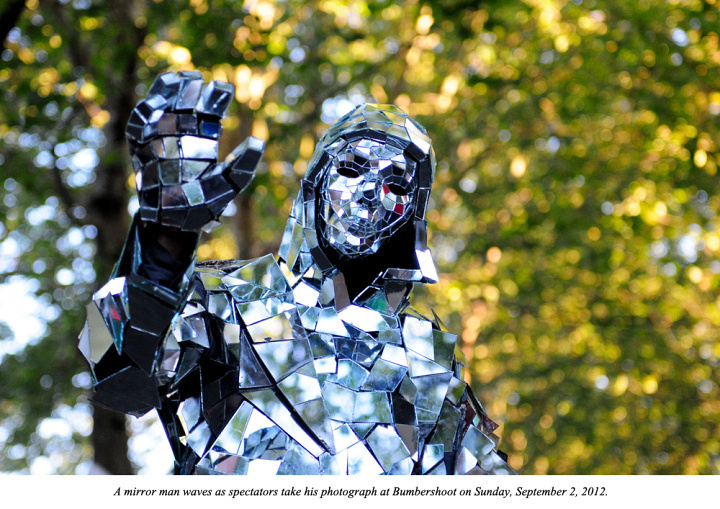 As always, thanks for looking. I appreciate it!